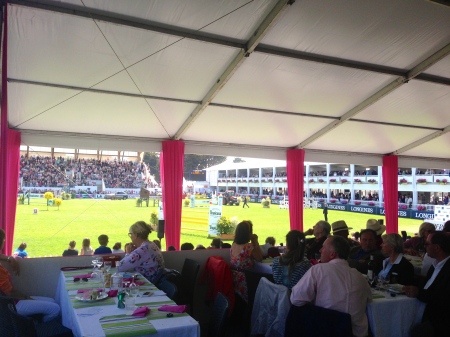 A lot of people don’t like the French. Even the French don’t really like the French. Although they live in one of the most beautiful countries in the world, with divine food and wine, a perfectly acceptable climate, and – according to a recent study – have more sex than anyone else in Europe, they’re a sulky bunch who love to say no.

‘Pour manger? Maintenant?’ You want to eat now? At this hour? The owner of the chic little restaurant shakes his head in disbelief. Or, ‘Un café avec les dessert? Non. Impossible.’ You want a coffee alongside your dessert? Don’t be ridiculous. You savage.

I am the exception. I adore the French – so elegant, so saucy. I like them so much, when I’m in France I often pretend to be French. My daughter is the same. ‘Maman?’, she says, when we’re in public. She pouts, tilts her head, twirls her hair. ‘Mais oui?’ I reply, as authentically as I can. ‘Mais non!’ she retorts, stamping her foot.

It’s a short game due to our limited French vocabulary.

Last weekend I played the game on my own in La Baule, a century-old resort strung along a spectacular 12-kilometer strand on the Atlantic coast in southern Brittany. In the first half of the 20th century La Baule was a watering hole for French high society, and its luxury hotels and Michelen-starred restaurants are still populated by lanky beautiful people drinking rose and smoking provocatively in the golden beachy light.

At least they were when I was there for the second leg of the European Division One Furusiyya FEI Nation’s Cup series. This is the second year of the series’ new global format, with 40 countries competing in divisions around the world leading up to a final in Barelona on the 9th – 12th of October. There’s an Asian division, a Middle Eastern division, a North American division, a European Division – but the European is the most competitive, since Europe is after all the spiritual home of showjumping. The leading 18 nations from all the divisions are invited to compete in the final, where they have the chance to prove themselves the best showjumping nation on the planet – something the French managed to do in 2013. The French were, therefore, the favorites in the weekend’s competition.

I strolled from the grand dame Hermitage hotel to the show grounds, past dainty pastel houses nestled under the trees. Every window box was full of exuberant flowers, and the birds were singing. I felt as if there should be silver-screen-style background music – what a beautiful day for a daydream – it was that perfect.

I wandered into the show grounds, past the shopping village with tantalizing horsey clothes and equipment. I paused to watch the greats warming up: there was Cian O’Connor – Ireland’s 2012 Olympic bronze medalist – riding Quidam’s Cherie. There was Rodrigo Pessoa – Olympic gold medalist in 2004 – as elegant as ever on a Hannoverian gelding named Status. There was Ben Maher – who helped Great Britain win team gold in London – on the fabulous gelding Urico (this was, in fact, to be the final class completed by the promising Urico due to an injury he sustained dramatically during the Grand Prix two days later). Watching these masters prepare their horses at a big show is, for me, a particular treat. They make such a harmonious picture, these riders and horses at the peak of fitness and ability – gorgeous super athletes. I’m always inspired to go back home and train harder to improve myself and my horse.

But that will have to wait, I thought, as I blagged my way into the Mumm’s Champagne tent, taking the offered coupe – why not? – and finding a seat for the competition. The Spanish team kicked things off with Manual Fernandez Saro knocking two rails. Then Pessoa came in for Brazil and had a surprising 12 faults. In fact, only about a third of the combinations went clear in the first round. Tough course.

The afternoon waned. The weather was ideal – sunny and warm enough to make the champagne taste particularly good.

In the second round – which is jumped over the exact same 1.60 cm course – things improved. Sometimes in a Nation’s Cup you’ll see horses get tired and results deteriorate, but in this case there was marked improvement as the horses and riders figured out the trickier questions on the course. Cian O’Connor was clear; Ben Maher was clear; Rodrigo Pessoa was clear; that legend Michael Whitaker was clear. The beautiful Penelope Leprevost and her GQ-handsome boyfriend Kevin Staut both had clear rounds for the French team. In fact, the French didn’t touch a rail at all during the competition, with only Jerome Hurel’s horse putting a foot in the water for four faults. Although the Belgians managed a strong fight – with five clear rounds to finish on eight faults – in the end no one could touch the French team with their five clear rounds and four faults.

There were 27,000 spectators in the pink and white stands, and they were a patriotic bunch. When their team won they went crazy. Although I live in Ireland and am a staunch supporter of our lads, I was happy for the French fans. As I said, I like the French. I raised my glass of Mumm’s. ‘Oui!’ I cried to the overjoyed Frenchman to my right. ‘Oui!’, to the elated Frenchwoman to my left. It seemed a particularly good time to pretend to be French. 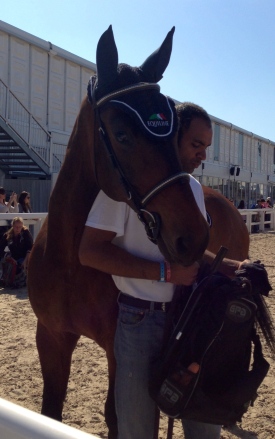